Trump has had a huge impact on the global stage!  In 2016 he campaigned on and won the Presidency on the following core issues that have reshaped the landscape of global affairs:

AMERICA FIRST: In the Trump era, countries have found a spokesman for the aspirations of people who want to assert their nation’s identity, honor their history and find a common path forward as a people.  Trump’s America First policy is Patriotic, asserts pride of country and has enabled countries like Poland, Hungary, the Baltic states and others to push back against the EU demands for submission to the centralization of policies of one government.  Bureaucrats in Brussels are appalled at the rise of national identity and Patriotism in the ranks, especially after they spent decades taming the EU masses.   National identity and Patriotism in Asian countries has emerged as well, with India and Japan seeking a more global role in Asian affairs.

GLOBALISM: By Trump’s leadership in asserting America’s national interests, the one world globalism movement has collapsed.  The poster child of globalism is the EU, now facing disputes within the group of nations.  First rupture in the EU unity was Brexit.  Now there’s talk of Italexit, Spanexit, and maybe a few more countries in coming months as the EU leadership proves incompetence in dealing with the Wuhan Virus.

CHINA: For decades China has orchestrated the movement of US manufacturing and jobs to China and leveraged one sided trade deals that kept US goods out of China while exporting mountains of goods to the US.   After several decades of wealth transfer, China has become a middle-class society in terms of economics, but remains a Communist regime with political ambitions to dominate the world economy.  Trump’s Fair Trade policies have disrupted the plans of the Communist Chinese leadership for now, but much more must be done to contain China.  Global trade deals of the US with Canada, Mexico, Japan and South Korea, and soon Britain and perhaps several other EU countries, will enable a united front in negotiations with China to change its global conduct.  A confrontation with China must happen soon, perhaps 2021.

BORDERS: Trump campaigned on a few core issues, including a pledge to secure the southern border of the US from illegal crossings, human and drug trafficking and potential gang/cartel criminal activity.   Many nations have rediscovered the benefits of borders as well, stepping up their security versus endless migrations into their countries and now, more recently, the Wuhan Virus.  The wall across the US southern border coupled with cooperation of the Mexican government has made our border more secure than ever, with greater security in the future as the wall is extended over more terrain.

MEDIA: Under Trump a new phrase has entered the nation’s vocabulary: Fake News!   The liberal narratives advanced daily by the major networks and print media have been challenged by Trump on such a scale that their credibility is shattered.  Polls show public opinions of the media are at low ebb.  And the media reaction to public distrust?  Oddly, the media works harder at promoting its biases instead of trying to recover credibility by reporting events with less bias.    The media is in a hole, discredited due to their biased reporting, and they keep digging! 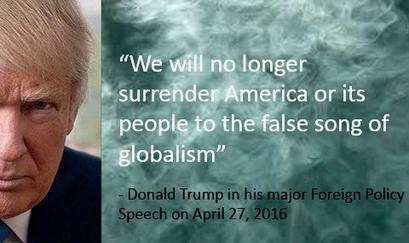