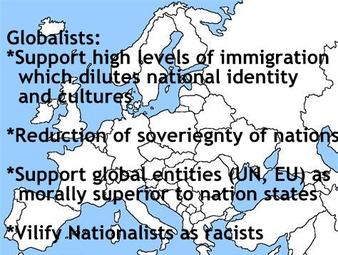 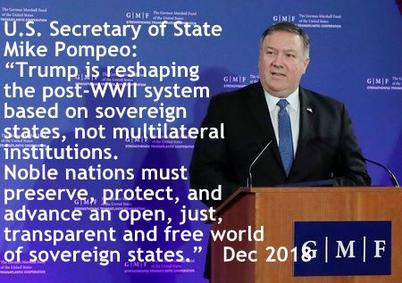 ​President Trump has been executing a policy, a clear doctrine of sorts, where national security is achieved by leveraging U.S. economic power.  It is a fundamental shift in approach.

The traditional military interventionist approach couldn’t just be reversed or dispatched; and James Mattis was the bridge to a path forward.  Toward that end President Trump removed military constraints, allowed rules of engagement that were much stronger, and let Mattis work on confronting and stamping out terror threats.  In essence, an aggressive “let’s get this over with” approach.

However, that strong-arm military approach cannot continue indefinitely because it will never end.  War and intervention have a history of unnecessarily expanding, if not constrained.  The war machine turns into a military business.

will run counter to the interventionist policies of

those who advocate for military deployments;

and also the benefactors on the business end of

accountable for regional impact(s), and

simultaneously work to stop any corrupted

influence from oppressing free expression of

national values held by the subservient,

dis-empowered, people within the nation being influenced.  If a nation is capable of influencing events in a region, Trump intends to hold such nation accountable.  Examples:

When President Trump first visited the Middle-East he confronted the international audience with a message about dealing with extremist influence agents. President Trump simply said: “drive them out.”

Toward that end, as Qatar was identified as a financier of extremist ideology, President Trump placed the goal of confrontation upon the Gulf Cooperation Council, not the U.S.

The U.S. role was clearly outlined as supporting the confrontation.  Saudi Arabia, Kuwait, Egypt, Bahrain and the United Arab Emirates needed to confront the toxic regional influence; the U.S. would support their objective.  That’s what happened.

To confront the extremism creating the turmoil in Afghanistan, President Trump placed the burden of bringing the Taliban to the table of governance upon primary influence agent Pakistan.  Here again, with U.S. support.  Pakistan is the leading influence agent over the Taliban in Afghanistan; the Trump administration correctly established the responsibility and gives clear expectations for U.S. support.

If Pakistan doesn’t change their influence objective toward a more constructive alignment with a nationally representative Afghanistan government, it is Pakistan who will be held accountable.  Again, the correct and effective appropriation of responsibility upon the influence agent who can initiate the solution, Pakistan.

The process of accurate regional assignment of influence comes with disconcerting sunlight.  Often these influences are not discussed openly.  However, for President Trump the lack of honesty is only a crutch to continue enabling poor actors. This is a consistent theme throughout all of President Trump’s foreign policy engagements.

Perhaps the most obvious application of the Trump Doctrine is found in how the U.S. administration approached the challenging behavior of North Korea.   Rather than continuing a decades-long policy of ignoring the influence of China, President Trump directly assigned primary responsibility for a reset to Beijing.

China holds all influence upon North Korea and has long-treated the DPRK as a proxy province to do the bidding of Beijing’s communist old guard.  By directly confronting the influence agent, and admitting openly for the world to see (albeit with jaw-dropping tactical sanction diplomacy) President Trump positioned the U.S. to support a peace objective on the entire Korean peninsula and simultaneously forced China to openly display their closely-guarded influence.

The EU is a collective co-dependent enabler to

the corrupt influences of Iran.  The assignment

of responsibility to change the status is placed

The U.S. will fully support the EU effort, but as

seen in the withdrawal from the Iran Deal, the

U.S. will not enable growth of toxic behavior.

The U.S. stands with the people of Iran, but the

U.S. will not support the enabling of Iranian

expansion that will ultimately destabilize the region.  Trump holds the EU accountable for influencing change.   In addition:

As the Trump Doctrine clashes with the European global elite, the withdrawal of the U.S. financial underwriting creates a natural problem.  Subsidies are needed to retain multiculturalism.   If a national citizenry has to pay for the indulgent decisions of the influence class, a crisis becomes only a matter of time.

The commonality in all of these foreign policy engagements is the strategic placement of responsibility upon the primary influence agent; and a clear understanding upon those nation(s) of influence, that all forward efforts must ultimately provide positive results for people impacted who lack the ability to create positive influence themselves.​

A U.S. foreign policy that provides the opportunity for fully-realized national authenticity is a paradigm shift amid a world that has grown accustomed to corrupt globalists, bankers and financial elites who have established a business model by dictating terms to national leaders they control and influence.

The post WWII era can be characterized as delegate up fixing of international issues, holding America accountable for affecting change to bring order out of chaos.

Trump's Foreign Policy doctrine is a delegate down, pushback of responsibility to nations in a region with capacity for fixing issues within their sphere of influence.  And holding such nations accountable.

Case in point is the US withdrawal of 2000 troops in Syria coupled with commitment of troops from Saudi Arabia and UAE to provide security for the Kurdish population.  This solution puts nations in the region with stakes in the outcome in the front lines of bringing about best results for the region.

Secondly, wealth distribution requires a host.  Since the end of World War II the U.S. has been a bottomless treasury for EU subsidy.  The payments have been direct and indirect.

With President Trump confronting the NAFTA fatal flaw, and absent the ability of corporations to influence the direction of the administration, the trade deal ultimately presents the same outcome for Mexico as it does the EU – LESS DOLLARS.

The Trump Foreign Policy Doctrine will require time and focus to change the global dynamics toward global accountability from the current dependency on US solving all the world's issues.

All material above has been exerpted from article in the Conservative Treehouse, with added edits for emphasis and explanation as needed.