​All of us have a set of ideas and values about our country, our own paradigm of the American culture as well as issues of the day.  But some of those fixed ideas on specific issues are being challenged beyond anyone’s expectations.  Consider the following:

​During the Kavanaugh hearings for appointment to the Supreme Court, we were battered endlessly about how a woman who makes an allegation must be heard and believed.  No evidence needed, just convict him in the court of public opinion and damage his career.  The denunciations came from the usual suspects and included:

​Five years ago Donald Trump descended the escalator to declare his candidacy for the Presidential nomination of the Republican Party.  The media and a gaggle of talking heads on cable tv ridiculed his candidacy and dismissed his prospects.  In the months that followed Trump dispatched sixteen competitors for the nomination and then defeated the candidacy of Hillary Clinton.  The paradigm of beliefs of how you win a Presidential election was upended as his unconventional campaign efforts produced a victory.  It is four years later, and the Democratic Party has still not recovered. 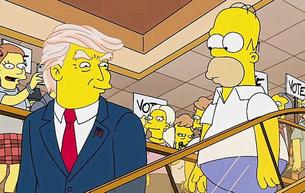 When Trump seized the nomination as a candidate for President, ​many of the party faithful were dismayed.  In the fall campaign, it was clear the party regulars ranged from genuine support to qualified support, some hedging their bets by just showing up, while the public support of voters steadily developed and crested on election day.

New Paradigm: The Republican Party of 2016 is gone, essentially yielding to a hostile takeover by Trump.  In 2020, the R party is now the Trump party, as evidenced by polls reporting a majority of R voters are supporters of Trump, not the R party.  The herd of ​RINOS and Never Trumpers is shrinking to irrelevance.

Paradigm Shift: The Tectonic Plates of our Culture are in Motion, with UNKNOWN Outcomes ...

What the heck is going on? ​

​The free for all continued unabated for months until Kavanaugh was confirmed and sworn in as a Justice of the Supreme Court.  In 2020, allegations surfaced about Joe Biden’s conduct in the 1990s.  All of a sudden a woman does not need to be believed, or even heard!  And any woman coming forward today will get no support from the movement due to the total failure to apply the same standards to Biden as that applied to Kavanaugh.

The #MeToo movement is dead, another casuality of Liberal excess, hypocrisy.   RIP!   Will a new Paradigm emerge about sexual harassment that includes due process rights of the accused versus the accuser?  Let's see what happens (as Trump would say).