​Financial: Plan and carry out financial warfare operations against China
China
China accesses US capital markets to bankroll its military and other expansionist programs.  US should pursue policies similar to those used against the Soviet Union which weakened and defeated the regime.  US can restrict foreign governments, institutions and individuals from using US dollars in transactions.  Currency payments globally: 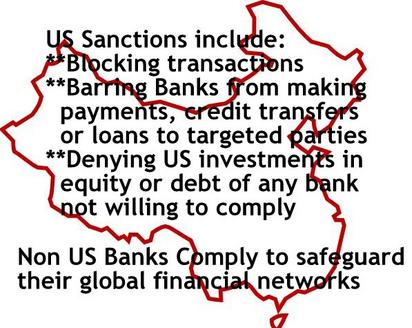 Collaborate with regional partners  that "surround" China to enlist overseas Chinese and other pro-democracy elements to work for peaceful democratic change and confront the CCP march of the People’s Republic of China.​  As the maps illustrate, China is surrounded by nations that are determined to maintain their own independence, free from domination by China, and natural allies for US.

​Cultural/Educational: Restrict activities of Chinese nationals in the US who are abusing the American system

Over 300,000 Chinese nationals are in the US attending universities.  Unless equal numbers of Americans are granted access to China institutes and universities, this access should be closed off or greatly restricted.​

Target the CCP for penetration and influence operations, identify and assist reform minded leaders, while limiting and weakening hard liners.     ​

​Deceiving the Sky, by Bill Gertz​

​Economic: US should begin gradual policy of disengagement from the Chinese economy