For thousands of years, the “Middle Kingdom” of China was focused exclusively on internal affairs, fully committed to their culture and society, with a blatant disdain for other cultures and countries. Over the centuries, each dynasty proclaimed its legitimacy based upon a “Mandate from Heaven” to rule by divine right.

The self-imposed isolation of China from the larger world had an historic side effect: China was shielded from western Judeo-Christian principles and values about freedom and sovereignty of the individual, as well as governing principles of rule of law and core human rights.

In the west, such principles and values are hard wired into the cultures of the US, Europe and large parts of the modern world.  But such notions are clearly novel and new to today’s Communist China regime.  ​

As the world community becomes more transparent, many issues within China are becoming visible today that have been very effectively hidden over the past few decades.   Based upon multiple media reports, here’s a summary of issues on the plate of the leadership of the Chinese government, headed by Chairman Xi Zinping.  Considering the scope of concerns, there are two sets of priorities:

Corona Virus: In early December, 2019, a new and virulent strain of flu emerged from the Wuhan province of China, which has proven to be highly contagious and life-threatening to older people with underlying health issues.

China totally failed to provide timely alerts to the world community, allowing the virus to expand to EU and USA as well as other countries, jeopardizing the health and well-being of millions of people, while disrupting global financial markets, supply chains of goods as well as serious dislocation of economies due to border closings, and altered plans for businesses and communities impacting daily operations.  The extent of damage done in terms of lives lost and disruption of daily life across the world will be apparent in coming months.

On the matter of trade relations:

Since 2017, the US has been engaged in trade discussions to reverse the practices favorable to China and create a more balanced relationship between China and the world community.  Recent Phase One trade deal with China shows promise for moving China into better trade practices that benefit all participants in trade, addressing issues of patent protection, property rights, tariffs and open markets. 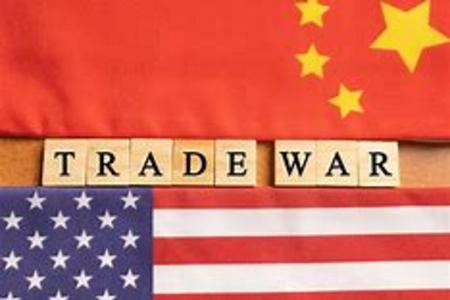