Seven in ten Americans use Facebook, and 75 percent of those users are daily site visitors.  On a monthly basis, FB has 2.3B visitors.

Facebook is a liberal monoculture, notorious for hivemind thinking by all staff about issues, with people quick to attack any ideas that stray from mainstream liberal ideology. It’s a hostile work environment for conservatives.

Facebook has adopted a method for determining its sources of news links that favors liberal media.   Its algorithms are skewed to mainstream sources (CNN, BBC, Guardian, NY Times, WA Post) for any given issue, assuring that its messaging is shared with the public while other voices are muted.   Facebook today is America’s newsstand, deciding what sources get displayed and what gets omitted.

Facebook has a history of suspending users with whom they disagree, including many conservative sources of news based on its “community standards” criteria.

There is evidence that Facebook has collaborated with government officials to determine what information is shared, such as contacts with Dr. Fauci and vaccines.  So government gets to censor news via Facebook, exercising a power that it does not have directly.

​While Google, Facebook, Twitter and others initially portrayed themselves as open platforms for the exchange of ideas and information, they have quickly evolved to platforms dedicated to managing the access to information, adopting the role of benevolent censors.   Google framed the issue as governments “making online spaces safer, more regulated and similar to offline laws.  Now the public is protected from hate speech on the street and on the net too.”

Censorship of users and content can be done in two ways.  Hard censorship is deleting content or suspending users.  Soft censorship is making information harder to find.  Users rarely go past the first page, perhaps to pages two or three, so moving results past page one is often sufficient to “suppress” the information.

Today, the mainstream media, the Democratic Party and the education establishment are among the most narrow-minded institutions in American life.

What can we the people do?  The public must demand first amendment and constitutional values such as transparency, procedural regularity and free-  expression over dignity and civility.

-The matter of “men aren’t women,” while a self-evident truth, created a tempest of controversy on Twitter, leading to censorship of some commenters and banning of others.  It’s “dehumanizing” to refer to transgendered people in a disparaging way.  Anyone doing so must recant or be banned.

-Anyone making violent threats of any sort can be banned unless Twitter deems it acceptable if the target is a conservative.   Then they get a pass.

-In January 2019, Twitter amplified the news about a group of high schoolers from Covington KY visiting the Washington monument.  A Native American activist waded into the group, sought a confrontation that did not happen, but the media frenzy presented it as fact and Twitter allowed the story to expand across its network.  Two lawsuits for slander have been settled so far in favor of the students.

Big Tech has an agenda: control the narratives of its core issues, to include:

-Abortion and Planned Parenthood.   Any pro-life operation is censored, severely limited in free speech about the topic.

-Progressive activists are working hard to scare companies from advertising on conservative media.   The favored tactic is use anything said on the media to smear the advertiser, holding same accountable for content of a program or website.   It’s a tactic only applied to conservative media and websites.

-Media Matters is a far-left activist group focused on generating advertiser boycotts against Fox News and other conservative sources.

-Communist China is a totalitarian regime that controls information and expression and tracks every aspect of its citizens lives.  Both Facebook and Google have signaled their willingness to cooperate with China’s government when it comes to censorship.   Don’t expect either company to protect freedom of speech.  In the US and Europe, we see both companies working with pro censorship politicians to limit free speech.Since the 2016 election, the digital landscape in the US has moved toward censorship, with left wing partisans exercising a large role in who gets censored.  Big tech is transitioning from open platforms to tiered platforms, with different privileges for different speakers.   Left wing opinions are elevated, and conservative opinions and media outlets artificially minimized

Google and its subsidiary Youtube provide the search results for more than 90 percent of searches on the internet.  Its control of the flow of information, including politics and culture, is unprecedented.    In a study by American Institute for Behavioral Research, it is possible that up to 25 percent of the outcomes of the world’s national elections are now being determined by Google search algorithms.  Searches may favor one candidate over another.  Or downgrading a resource favorable to one candidate may accomplish the same results.

Google’s workplace culture is dominated, top to bottom, by left wing identity politics.  Its culture has many similarities to academia, reflecting the outrage mobs over free speech on campus.  Leftist employees’ silencing of political dissent within the ranks is the norm.  It’s wielded against conservative voices and anyone who challenges progressive tenets.   In doing so, Big Tech is ridding itself of the people who are willing to object to the company’s bias.

Jeffrey Rosen, legal scholar, spoke at Harvard Kennedy School of Government in 2016.  He said: “the question we face is how to protect first amendment values in an age where young lawyers at Google, Facebook and Twitter have more power over who can speak and be heard, than any king, or president or Supreme Court Justice.  All three Big Tech companies were facing growing global public pressure to favor values such as dignity and safety rather than liberty and free expression on their platforms.

The great challenge is to ensure that the American tradition of free speech, so essential to survival of our democracy, flourishes online.  Social media represents a real threat to the political monoculture enforced by elite institutions.  It’s where conservatives have gained their strongest foothold, and why the progressive left seeks to censor online speech so urgently. 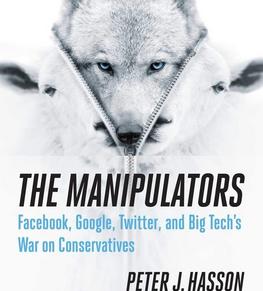 ​In July 2018, Youtube announced that its search algorithm would “prominently surface authoritative sources.”   Meaning that it will boost liberal media outlets in search results while minimizing conservative outlets.   Given that 5B videos are watched daily on Youtube, any alteration of search results has a big impact.  If one percent of videos are affected by skewing of an algorithm, that’s fifty million videos per day.  By skewing search results, Google and Youtube are picking winners and losers.

Censorship practices of Google and Youtube can be imposed in several ways.  Both sites are willing to demonetize content, which reduces revenue and jeopardizes the continued financial viability of any entity.   Blocking content is a direct use of its censorship control of content.   Both sites have been responsive to efforts to boycott sponsors of specific sites as a means of pressuring sources to modify or delete content found objectionable by a few.  Prolife postings are  routinely targeted by leftists for removal or modification of content.

Twitter has a massive number of users compared to other platforms but is just a fraction of the size of Facebook or Google.   On a monthly basis, sixty-six million active users are on Twitter.   If political donations are a measure of employee views, Twitter is almost exclusively leftist.  In the 2018 election cycle, staff gave candidates approximately $228,000 in donations, and 99% went to Democrats.

Early in its existence, Twitter presented itself as “the free speech wing of the free speech party.”     Today Twitter wants to be a safe space for users to share views.

Twitter’s speech policing used to be about fighting harassment and “fake news.”  Now it focuses on combating  ”unhealthy conversations.”  Results since 2018 include: