​3       Adherents are encouraged to see themselves as oppressed, victimized by this unjust society, culture and economic system.  They must liberate themselves from this oppression by any means necessary. And can do so by joining a group that advocates social justice, equity, equality of results, and the overthrow of existing systems in society.

4       A consequence of this victimhood mind-set is that the person becomes part of a group, giving up any real sense of individuality to be part of the oppressed group. The BLM movement and Antifa are two examples of the group mindset.   Join a cause, find a purpose in life, submerge yourself into the cause, engage in unlawful activities as needed because it is justified for the sake of the cause.

​What are we dealing with?

1.     A core premise of Marxism is the class warfare paradigm: society is composed of oppressors and oppressed, the upper class versus the working class, (The Bourgeoisie v the Proletariat) engaged in an endless conflict.  Elites own the means of production.  The Americanized version is intent upon the overthrow of our system- government, social and cultural.

Note: 70 million Americans own 401(k)s and IRAs, and over I million employers have pension plans for staff.  So on any given day, about 25-30% of all the money invested in the stock market is pension plan dollars.   We can make the case that the American people own the means of production!

2     The Americanized version of Marxism substitutes race for class, argues that American society is irredeemably racist, divided by racism, its dominant culture and capitalist system is unjust and inequitable, racist, sexist, colonialist, imperialist, materialistic and destructive of the environment. 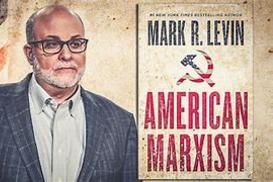 9          Having laid the foundation for revolutionary change in multiple areas of our society and culture, the banning, canceling, and silencing of dissent has begun in earnest.  For the radical left, it’s about repression, not engagement; compliance, not speech; conformity, not independence; and subjugation, not liberty.

10       We the people have allowed the American Marxists to define who we are as a people.  They defame us, slander our ancestors and history, and trash our founding documents and principles.   They hate our country in which they live and have contributed nothing to its betterment.

​8     Examples of Marxist ideas that are competing for our attention include:

*Efforts to induce guilt for exploiting land or resources, air, and water or holding views disdained by DNC media

​5       The resources of the American Marxists include our colleges and universities, print and broadcast media, social media, many board rooms, the entertainment industry and most importantly, the Democratic party.

6       The Democratic party of today is a group think factory, demanding party officials at all levels advocate the ideology of Liberalism.  The party gains followers by exploiting the natural desires of people.  People want to belong to groups, find identity, commonality, purpose and even self-worth with attachments to groups.   Marxists exploit this emotional appeal to create passionate, fanatical advocates and revolutionaries.  The “Us v Them” Democrat party mindset is incredibly effective:  they are totally loyal to their party ideology and its advocates (eg, Biden), and endlessly attack and demonize all opponents.

7      Their solutions to our unjust society are programs such as critical race theory, economic justice, social justice, gender equity and more to promote their ideology and transform America to achieve their goals of a different America.  Their tactics are designed to create chaos and tear apart our country, undermine the confidence of the people in our institutions and systems of government.  The net effect of their radical ideas is a re-distribution of wealth in our society from the haves to the have nots.